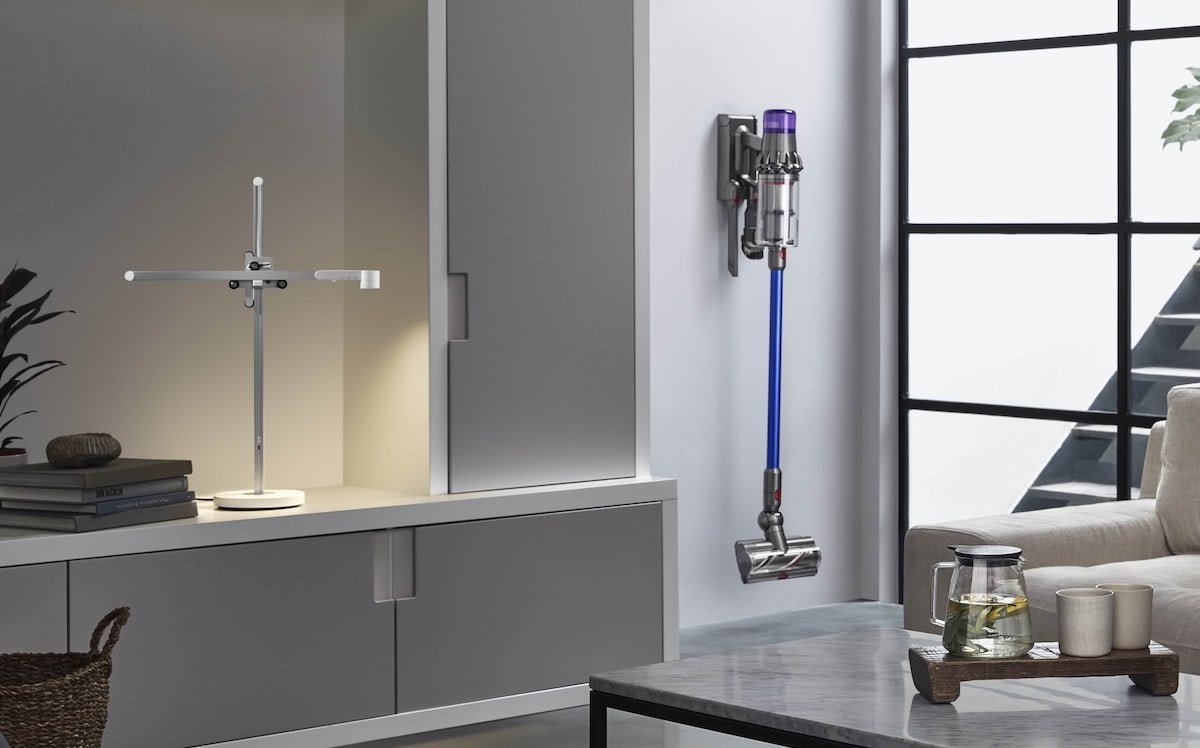 Dyson is synonymous with vacuum cleaners, and while the company is still relatively new in markets like India, its name resonates with customers worldwide. For nearly 30 years, the company has stood for quality products, and during that time Dyson has single-handedly revolutionised the category of vacuum cleaners.

A little over two months ago, the company introduced the Dyson V11, the latest in its line of cordless vacuum cleaners. From the outside, the biggest change the Dyson V11 brings is the addition of a display, a feature that many have wanted for a long time. What this means is that there are no more surprises when you are working with your battery-operated vacuum cleaner, as the Dyson V11 can report exactly how much runtime is remaining.

Battery life is, of course, dependent on the kind of work you are doing, so it might not always be a great indicator of how future tasks will go, but it’s better than having no information at all. While using the Dyson V11 in day-to-day settings, we found that we no longer had range anxiety, and this improved the usage experience in a small but significant way.

As far as the actual runtime is concerned, you can expect up to 40 minutes of usage in Auto mode if you are using a non-motorised head like the crevice tool (more on the tools in a bit). That goes up to 60 minutes in Eco mode, and down to just 10 to 12 minutes in the Turbo mode. Charging the device fully from empty takes around 4.5 hours. 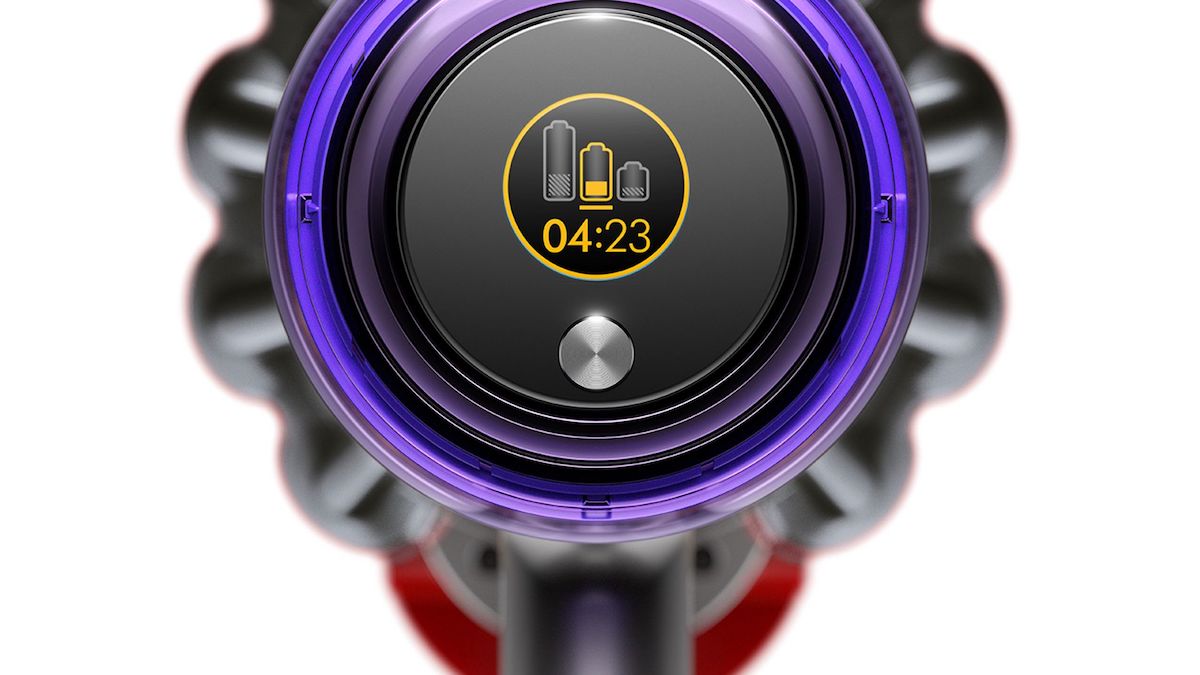 Those numbers might not seem pretty big, but in our experience actually using the device, we got tired and felt like taking a break way before the Dyson V11 came anywhere close to running out of power.

That brings us to our only real complaint with the Dyson V11, which is the fact that it can start to feel a bit heavy once you’ve been using it continuously. Added to that, you need to keep the button pressed to keep the unit operating — we wish there was a mode in which we could press it once and it would keep running so we could concentrate on manoeuvring the device around.

While there is a Turbo mode, we rarely felt the need to use it (or switch to the Eco mode for that matter). The Regular/ Normal aka Auto mode served us just fine for most tasks, thanks largely to a new digital motor that’s 40 percent more powerful than the one in the V10 being sold in India. The only time we felt the need to switch to the Turbo mode was when trying to clean between the channels of a sliding door, which can get incredibly dirty. After scraping the insides a little bit with a knife, the area was agitated enough to allow the Dyson V11, paired with its crevice tool, to suck out most of the dust.

While we are on the subject of the V11 accessories — or tools as Dyson calls them — the list is pretty much the same as what you get with the V10. The most significant addition is the brand new High Torque cleaner head, which is capable of detecting the kind of surface being cleaned and changing the behaviour of the unit accordingly.

Using Dyson’s Dynamic Load Sensor system, sensors inside the High Torque cleaner head sample the resistance experienced by the brush bar 360 times per second, allowing the Dyson V11 to adjust the speed of the motor accordingly. As you might have guessed, this accessory is designed to be used in the Auto mode, allowing the vacuum cleaner to adjust the power required as you encounter, say, a carpet while cleaning tiles. In our tests, this seemed to work as expected, and it wouldn’t be an exaggeration to say that this cleaning head alone has more intelligence than most vacuum cleaners out there.

The High Torque head that ships with the Dyson V11 replaces the Direct Drive cleaner head that shipped with earlier Dyson vacuum cleaners. The other tools available with Dyson’s newest model are the same as before. These include the Combination tool for general-purpose dusting; the Crevice tool for those hard-to-reach corners; the Mini Motorised tool for cleaning sofas and general upholstery; the Mini Soft Dusting brush for cleaning glass tables, keyboards, TVs, and other delicate surfaces; an Up-top adaptor for cleaning high-reach ceilings; and the Mattress tool for cleaning mattresses and leather sofas.

The extension and flexi-crevice tools let you extend the reach of your Dyson V11. All this can sound intimidating, especially if you are new to the world of vacuum cleaners. This is why the V11 — like other Dyson vacuum cleaners — has little touches that make it easy to remember how all the pieces fit together. 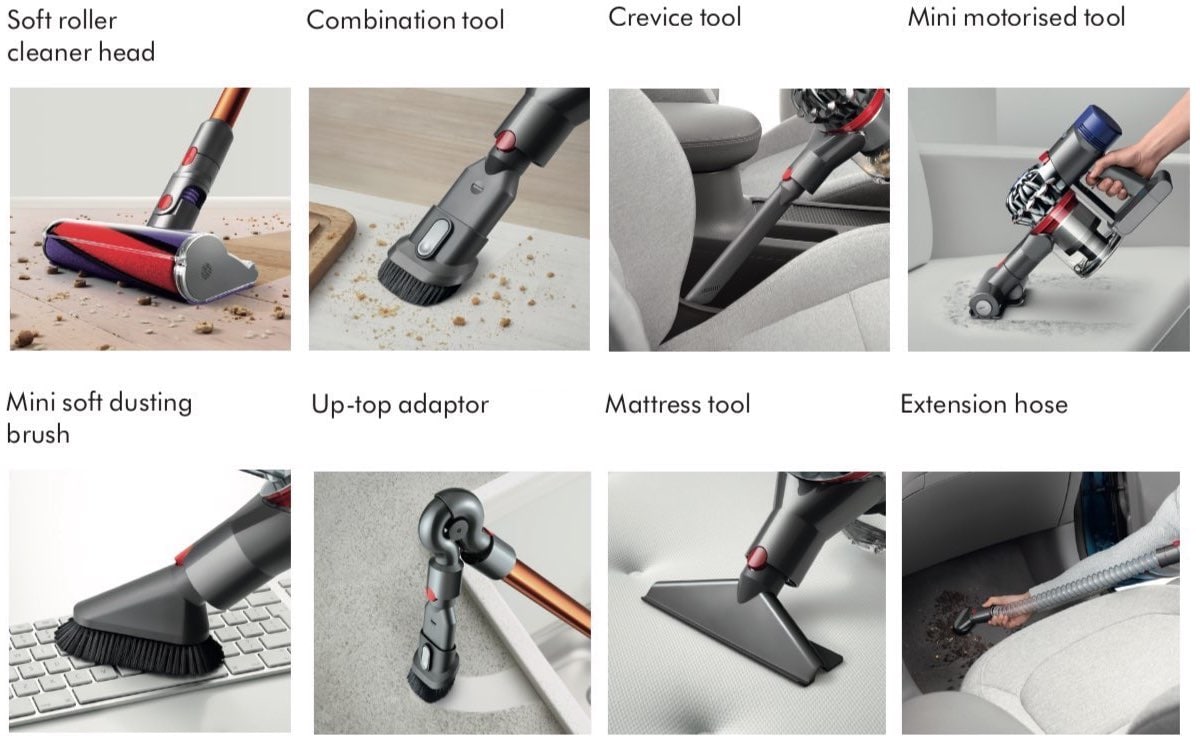 For example, blue/ purple parts on the Dyson V11 represent maintenance elements, such as the washable pre-filter, while red defines an action, like buttons that can be pressed to release a tool when you are ready to replace it with another. This should, in theory, reduce fumbling around when you’re trying to figure out what goes where.

The display on the Dyson V11 will warn you when there’s any blockage, when it’s time to clean the filter, and/ or when it’s time to empty the bin. While we’re on that subject, emptying the bin is pretty easy; accomplished with one smooth motion that’s designed to eject dust into your bin, away from you, eliminating the need to touch the dirt. The “keeping it clean” theme continues with the filters inside the Dyson V11, which capture “99.97 percent of particles as small as 0.3 microns”, which means you don’t need to worry about dust even if you are directly in line with the unit’s vent. 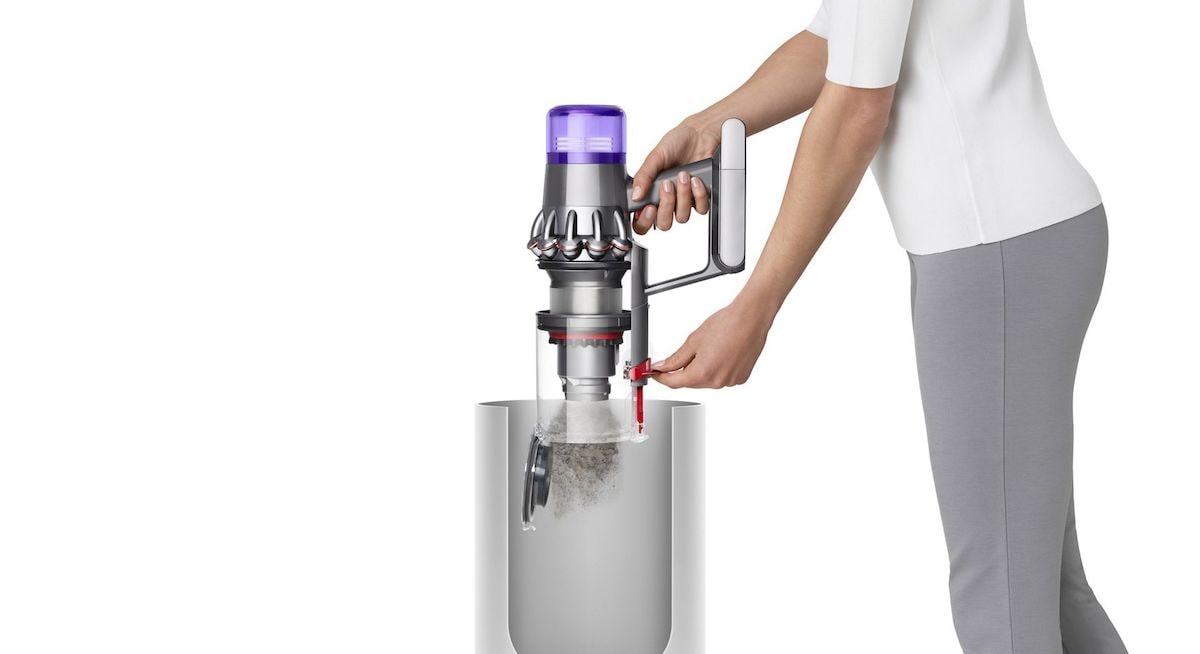 The Dyson V11 is available in Nickel/ Blue priced at Rs. 52,990 and in Gold at Rs. 59,900. Dyson has done away with the various access bundles that the V8+ debuted in India with — you get all the tools and accessories at those prices, as well as a two-year warranty and free installation in select cities. That’s a lot of money to spend on a vacuum cleaner, but if there’s one thing we know about Dyson products — from the experiences of people who have owned Dyson products for several years, as well as first-hand glimpses of how the products are engineered — is that they are built to last.

If you have that kind of money to spare for a vacuum cleaner, you might also be interested in another product that Dyson launched recently, the Dyson Lightcycle. The Lightcycle is Dyson’s take on the humble desk lamp, and at its heart are three warm and three cool LEDs. What sets it apart is Dyson’s claim of 60 years of life for the LEDs, presuming you operate the lamp every day for 8 hours.

The Lightcycle pairs via Bluetooth to the Dyson Link app on your smartphone, giving it some smart features. You can set your location via the app and the light will adjust itself throughout the day to stay in sync with natural light, which means you’ll see more white light during the day, and softer, yellow light during the night. Note that since the app talks to the Lightcycle over Bluetooth, you can’t use the app to control the light at home when you are in your office, for example. 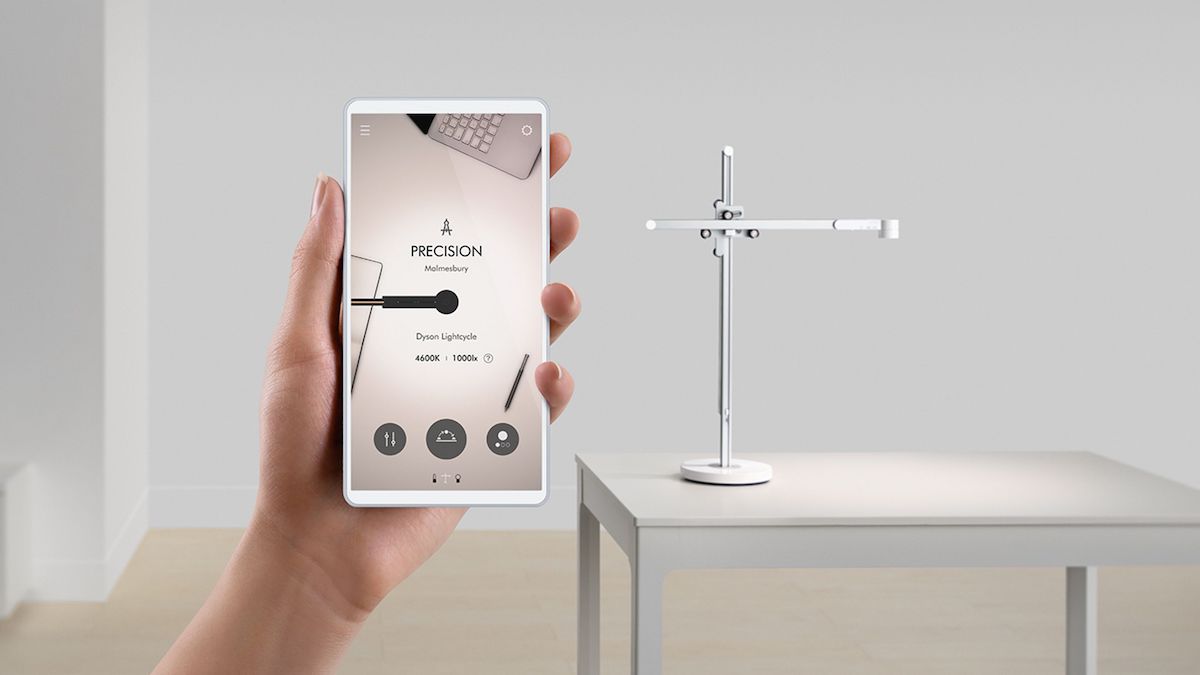 The app also lets you set your age and “personalise” the usage experience. The amount of light required by a 60-year-old for certain tasks like reading, for example, differs from what’s needed by an 18-year-old, and this information, combined with quick presets (Relax, Precision, Study etc.) within the app let you quickly adjust the temperature and intensity of the light.

In terms of design, the Dyson Lightcycle looks like something straight out of an engineer’s sketch book. At its essence, it’s a pair of perpendicular arms with a circular base. You can slide the horizontal arm back and forth to adjust the reach of the light. The arm can also easily be flipped to adjust it to an orientation that works better in your room. You can smoothly slide the arm up and down as well, or swivel it around 360 degrees, giving you movement across all three axes. 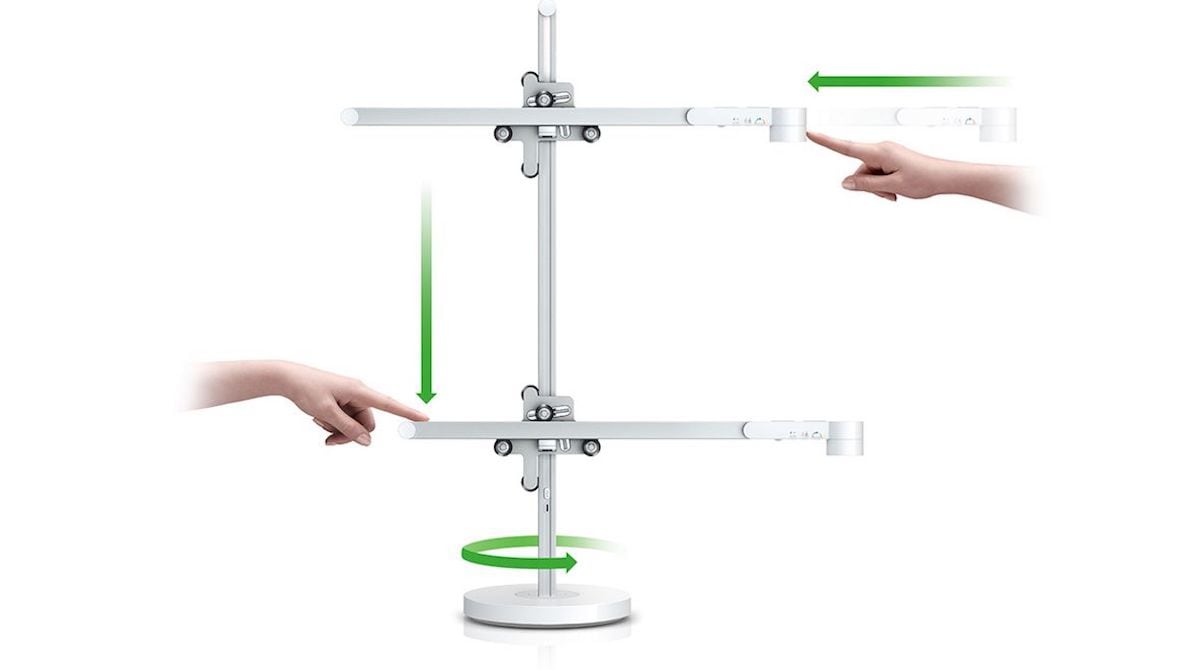 The six LEDs that we mentioned before sit behind a heptagonal reflector that’s split by a layer of PMMA diffusion film that evenly mixes light and helps create the impression of a single light source. These LEDs are connected to a vacuum-sealed copper pipe that contains a single drop of water. When their temperature goes up enough, the water drop evaporates, dissipating heat along the pipe, which re-condenses the water as a result.

The water drop then returns to the LEDs by capillary action, providing a continuous cooling cycle. It is this process, Dyson claims, that will ensure the LEDs will last 60 years, since heat is believed to be the biggest enemy of LED lights. 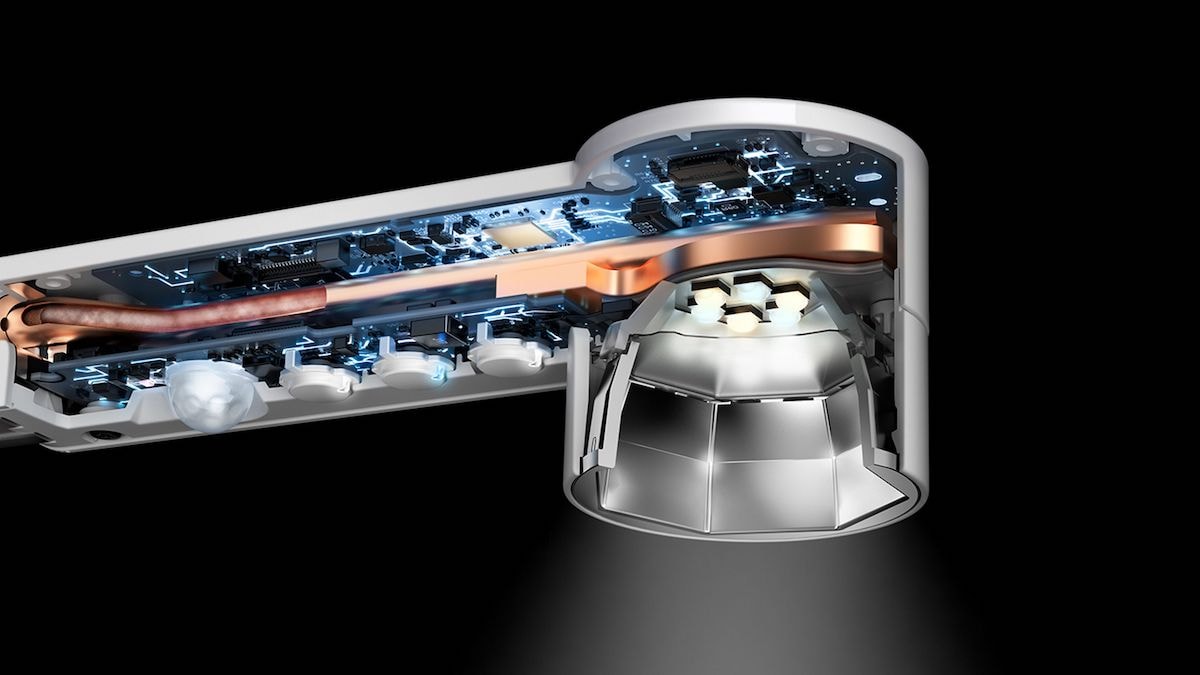 Right below the sliding controls are three buttons — the first is a toggle for the Auto mode, which lets the Lightcycle react to changes in light conditions around it, thanks to the built-in ambient light sensor; the second lets you enable presence detection, which means that the lamp can turn itself off when you step out of the room (and automatically turn itself on when you come back); and the third lets you sync the Lightcycle with outdoor lighting conditions using the app that we mentioned earlier.

The Lightcycle has a USB Type-C port near the base, which can be used to charge your phone or any other Type-C device. Dyson doesn’t mention the power output of the port, but in our tests we found charging speed to be slower than when using a typical fast charger like the ones that ship with most modern phones.

Available in Black and White/ Silver, the Dyson Lightcycle is priced at Rs. 39,900. It has a five-year warranty and you can get free installation in select cities. Do the LEDs actually last for 60 years? Log on to Gadgets 360 in 2079 to find out.